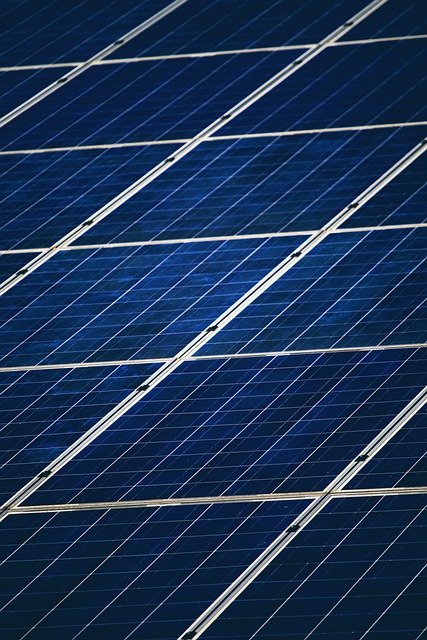 LISBON — Mayor Fred May of Summitville and local farmer in the area Henry Bergfeld approached County Commissioners about their concerns regarding possible solar panels projected for the area around the village on Wednesday.

The project proposed by Liberty Power would place solar panels on 1,132 acres in Franklin Township and is known as the Kensington Solar Project, which reportedly will generate 145-megawatts. However the proposal for the project notes they have access to 2,264 acres on 37 properties, which gives them the design flexibility to optimize the project. The project calls for installing 42,800 posts to hold the solar panels.

May provided the commissioners with a map showing the proposed area, noting the village of Summitville will be surrounded and there will be solar panels less than 200 feet away from his home. May said a council member of the village will have solar panels 50 feet from his back porch.

One of the concerns raised by May is the cleaning solution used for the solar panels may be toxic. May said the village does not have a water system with residents relying on wells and residents have concern about chemical runoff into their wells.

Growing up in Millport and relocating to Summitville after he married, May said he likes the picturesque, rolling hills of the community. The informational meeting held by the company about what it will look like with the solar panels “was a big joke” May said, with the company refusing to answer any questions. Additionally, there have been no future meetings scheduled.

Bergfeld said since commissioners asked him for his opinion about how many people in the Summitville area are against the project he has been carrying a petition. The last time he attended the meeting in December, Bergfeld said he believed about 80 percent were against it. At this point, no one has refused to sign his petition and he believes that number is closer to 95 percent against the project with some of the 5 percent being the property owners who will benefit financially from leasing their land for the solar fields.

Those property owners reportedly include Summitcrest Holdings LLC, Still Water Farms LLC. Vernon and Dorothy Brown, the trusts of Elizabeth Johnson and Fredrick Johnson, the Hilda Pearl Briceland revocable trust and Pamela Kosko. The project reportedly would be installed in 2023.

The proposal for the project was filed with the Ohio Power Sitting Board and commissioners are not certain whether it did or did not meet a deadline that would allow it to be grandfathered in without giving the local commissioners a say in the project. Bergfeld said people continue to write to the OPSB’s call for comments about the project.

While Commissioner Mike Halleck said he is not against solar power in general, the calls being received by commissioners are 100 percent against the proposed solar panel project in Franklin Township.

Today’s breaking news and more in your inbox